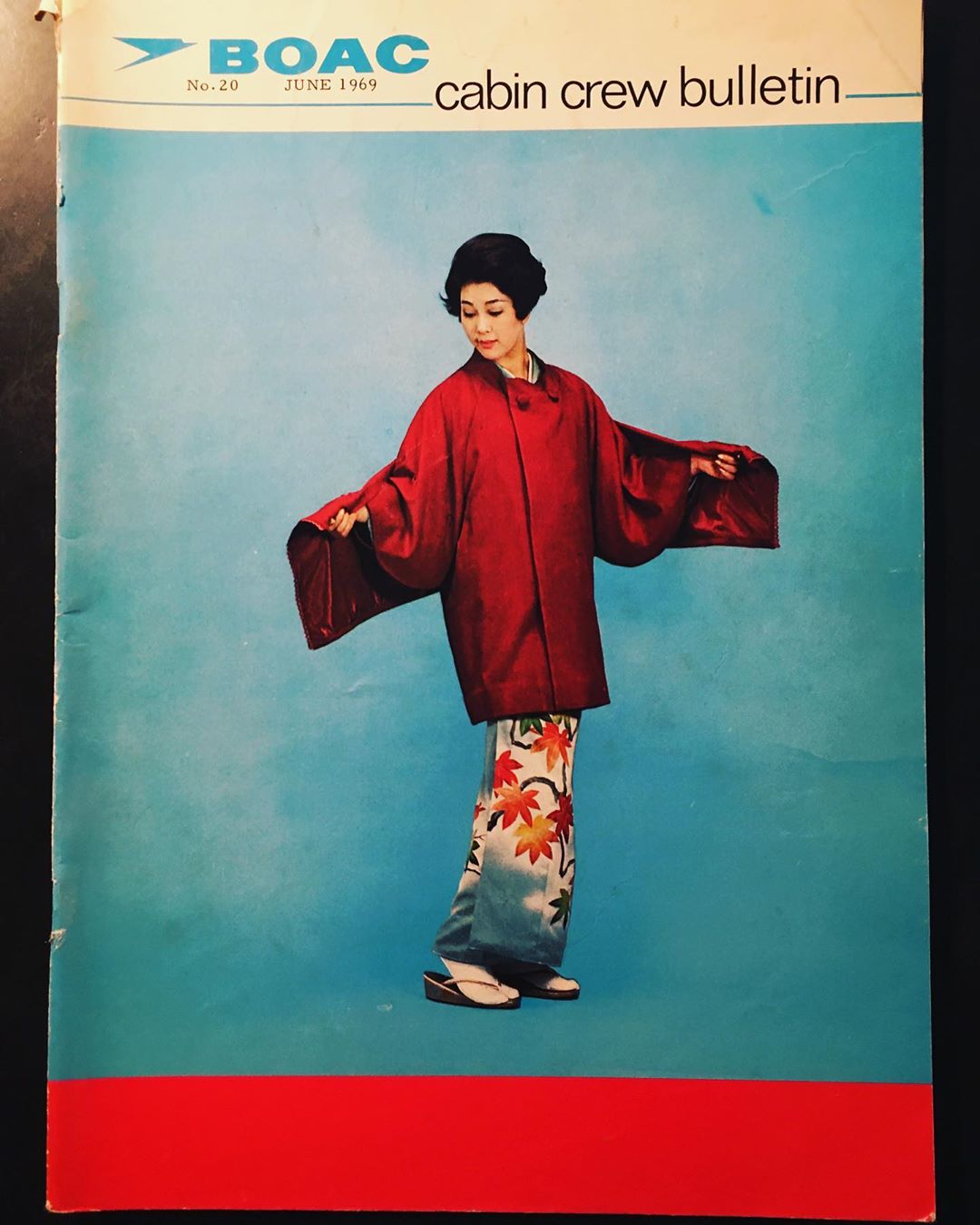 BOAC (British Overseas Airways Corporation, the precursor to British Airways) Cabin Crew Bulletin, June 1969. In the 1960’s and 70’s BOAC used to employ so-called ‘National stewardesses’ (this opportunity appeared only to be available to women but correct me if I’m mistaken) from countries like Japan, India and Pakistan and this edition features one such stewardess from Japan on what was then known as the Polar Route (London – Anchorage – Tokyo). National stewardesses has special uniforms (the Japan one is featured here) and the route had its own brand (also featured here). I’ve also included an article about the new (in 1969) BOAC USA advertising campaign and some examples included in this edition.